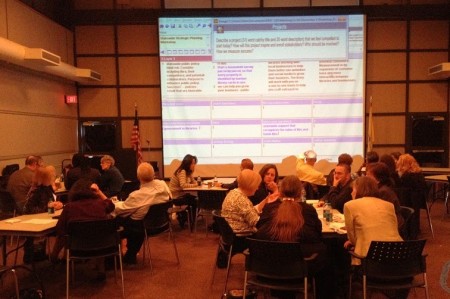 As the facilitators of community meetings that require the use of technology many of the rooms are too big, too small, too constrained or just plain weird.

The venues are often a challenge. Maverick & Boutique use the Zing collaborative meeting environment in our work. It requires a video projector, a giant shared screen (for example, a big white wall), wireless keyboards, a computer and tables and chairs for conversations.

After Hurricane Sandy the debrief of the Jersey shore communities (in Monmouth County) were held in a two different courtrooms and an IHOP (the International House of Pancakes) restaurant. The Essex County community response to the Emergency Preparedness Plan was held in the party room at a skating rink. The Vermont economic development strategy was created in a fire brigade meeting room, a night club, a school classroom, an adult learning center, a ski resort and not one, but two old theaters.

We have also heard of other unusual settings for our kind of meetings:

What we have discovered is that it really does not matter where we meet. It is more important how you set up the room, how people interact and the kinds of questions you ask.

In the world of complex systems that we inhabit, we know that structure influences behavior. The structure of a meeting not only includes the shape and size of the meeting space, whether we have rows of seats or chairs and tables, the rules of interaction, and the way you generate, record and make sense of your collective knowledge.

Here are a few rules of thumb that can ensure meetings are a success:

So here’s a few questions to help rethink your meeting:

1. Where’s the most unusual place you have ever held a community meeting? Describe what happened as a result of the unusual location?

2. How are your meetings organized and what is the result?

3. What outcome would you prefer to achieve from your meetings?

4. Thinking about the structure of your meetings (room size and shape, seating, rules of interaction, agenda/questions, type of questions (closed/open), technology to support record keeping/idea sharing) what aspects of your meetings perpetuate or reward conflict?

5. Thinking about the structure of your meetings, what aspects result in reaching agreement despite your differences?

6. What could you differently about the structure of your meetings that would reward success? 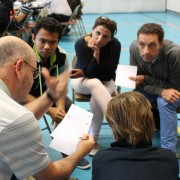 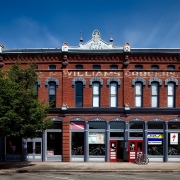 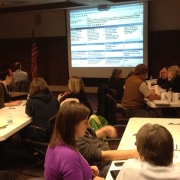 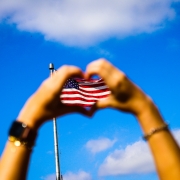 “Weaving” Together for Big Change 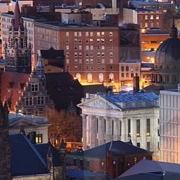